A train without wheels, which hovers above the track on a cushion of air, sounds like the stuff of science fiction. Such a train wouldn't have to contend with the force of friction, and this would result in travel that is extremely fast. The Shanghai Transrapid is the fastest commercial train in operation and works on this principle. Reaching a top speed of 430km/h (270mph), this maglev train connects Shanghai Pudong International Airport with the outskirts of central Pudong, raised on concrete pillars above Shanghai's existing infrastructure. 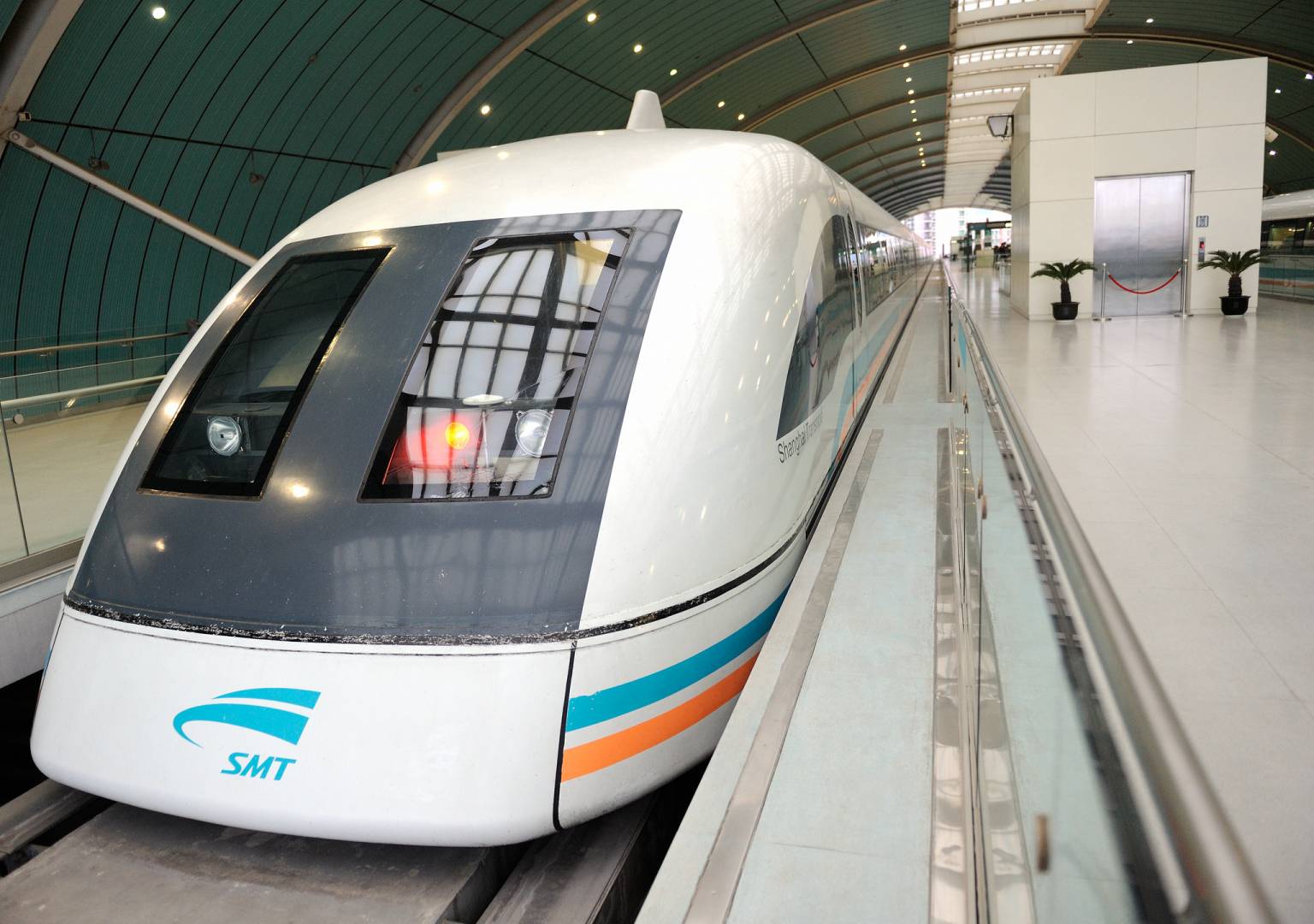 The idea of a maglev train is not a new idea, and the first maglev patent was awarded in the early 1900s. The image of a levitating train with low friction became a staple of twentieth century science fiction, depicted as the method of travel for the future. The maglev train since featured in the works of Ray Bradbury, Arthur C Clarke and Robert Heinlein. A similarly levitating vehicle can be spotted in the 1976 science fiction film 'Logan's Run' and in the scenes of future San Francisco depicted in the first 'Star Trek' 1979 motion picture.

It seems such a high speed rail network would be an efficient method of intercity travel in the United States, but a reliance on other modes of transport and a lack of funding mean that maglev transport in the US is still but a dream. In 2013, SpaceX, Paypal and Tesla Motors founder Elon Musk released plans for a maglev train, which promises top speeds higher than that of the Chinese train. The design involves passengers and freight carried in pods, inside low pressure tubes on scaffolding above the landscape. He named this method of intercity travel the Hyperloop. 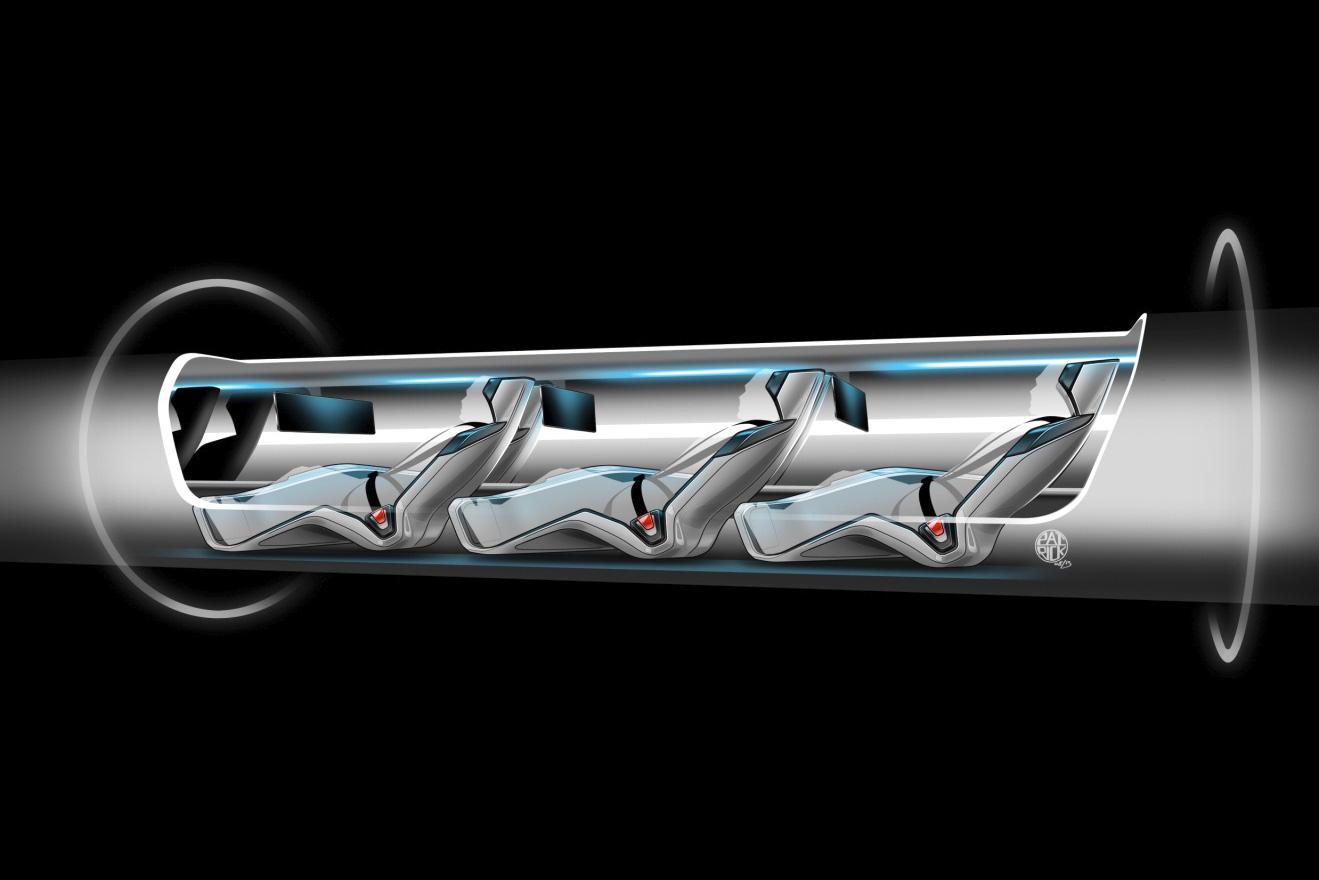 The lower pressure inside the Hyperloop tube reduces the air resistance which limits the speed of other maglev trains. However, the Kantrowitz Limit puts limitations on the Hyperloop's speed, because if the diameter of the pod is too close to the cross-sectional diameter of the tube, the air won't have time to flow around the pod as it moves through the tube. Instead the pod will be forced to push the entire column of air in the system, resulting in enormous levels of friction between the air and the tube wall. Musk describes this effect as being like a syringe. The train will either be forced to go very slowly, or will need a tube of a huge diameter to travel through. 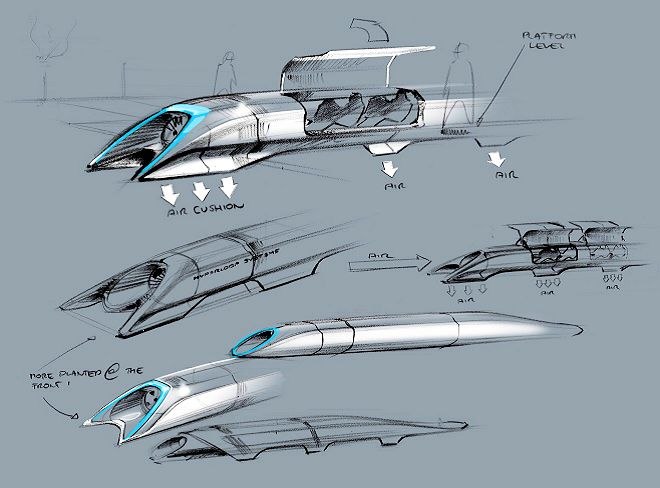 The pods are mounted on thin skis of Inconel, an alloy of nickel and steel that can withstand high pressure and heat. The air from the compressor is pumped out through holes in the skis, creating a smooth cushion for the pod to ride on.

Just like the Chinese train, the pods are propelled using a magnetic levitation system. The magnets are attached to the skis, with an electromagnetic pulse giving the pod thrust. As the train is hovering above the track and not running in contact with it, the friction is greatly reduced, allowing for very high speeds. The pods will be extremely lightweight, allowing the train to accelerate quickly. The train will be solar-powered, with an onboard battery to drive the compressor. Electric induction motors at the beginning and at intermediate points along the tube will accelerate, boost and decelerate the pods.

However, to make such designs a reality would be an expensive venture and Musk claims to be currently too busy with commercial space project SpaceX to consider leading the project himself. He decided to make his plans public and suggested others take up the challenge.

Rocket engineer Brogan BamBrogan recently announced that his company Hyperloop Technologies had succeeded in raising $8.5 million in venture capital. The company is building a test track 3km (1.9 miles) long in the Nevada Desert. BamBrogan promises a top speed of over 1,000km/h (620 mph), so passengers could travel between New York and Los Angeles in under an hour.

When complete, the Hyperloop could carry passengers, cars and freight. It would be immune to the weather and resistant to earthquakes, and sustainably self-powering. People seated in the cabins of the Hyperloop would experience slightly more than the force of gravity, like in an aeroplane. This mode of transport is most efficient between cities closer than 1,000km miles. Beyond that, supersonic air travel would be a preferable mode of transport. For the shorter distances, the Hyperloop beats the ascending and descending time involved in taking the plane.

The Hyperloop is likely to be subject to extensive regulation to ensure it is safe and comfortable for commercial use. Ideally, departures could happen as often as every 30 seconds, offering a very quick and convenient service. However, as the train needs time to safely accelerate to over 600mph and back to stationary, there will need to be a suitable gap between departures to ensure passenger safety. 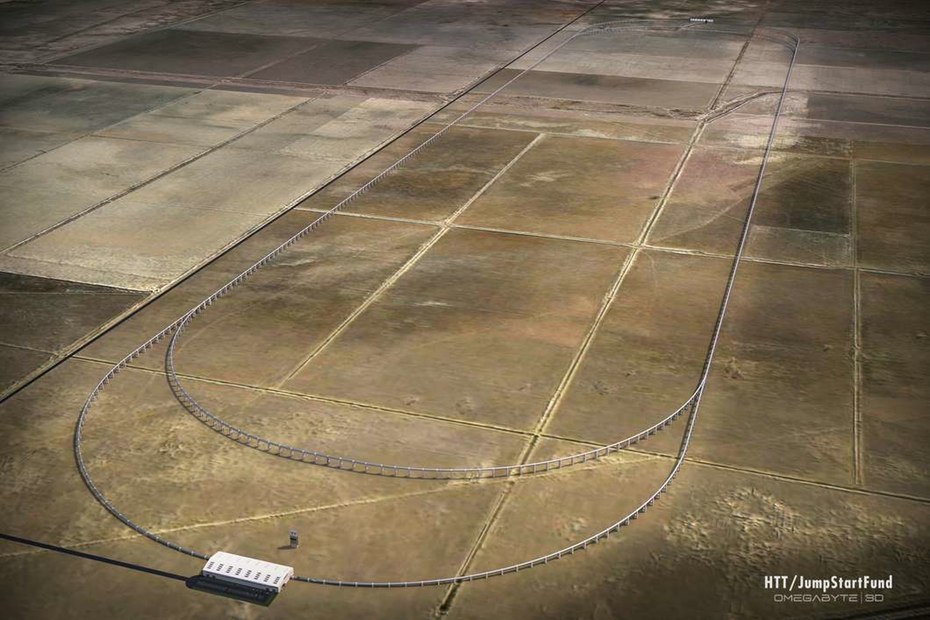 Terrain and existing infrastructure may hinder the development of the build. A straight track is needed to reach maximum speed, but compromises may have to be made. It has been suggested that the line should be constructed alongside the current California motorway, to keep disputes over land rights to a minimum. With Hyperloop Technologies planning to begin testing by the end of the year, it seems that maglev trains could certainly be the future of transport in the US. The only limits to the success of the technology may now be down to regulation, reconciling the track with existing infrastructure, and the massive cost involved in building the Hyperloop.

Some of world's most popular celebrities of the moment have built their success through documenting their lives on reality TV or social media. Offering your lifestyle as a product for others to consume